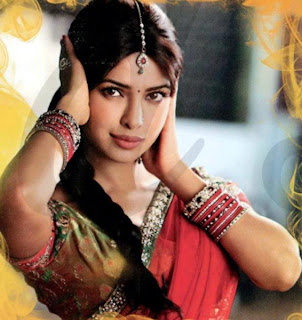 There is a real fun story behind how I saw this movie. I sauntered into Fame Adlabs on Saturday evening (the cancelled Goa vacation weekend), looking to book tickets for a Sunday movie. I was just shortlisting the movies we could watch, when this couple approached us. They had two tickets for Agneepath show, today, starting in 5 minutes, did we want them?

The tickets were Rs. 300/- a piece and tbh I wasn't sure if Agneepath was worth blowing up 600 bucks over it (think of how many Jordana blushes I can get in that money!), but then we said ok, and asked them how much did we owe them.

To my utter surprise, they refused any payment. They said they had got the tickets complimentary, and since they couldn't watch the movie, they wanted to give the tickets to someone else, so that they would not go waste!!


Weren't they the nicest people ever? Like movie / box-office angels.. I didn't catch their names, but thank you where ever you are! I thoroughly enjoyed the movie.

Now I only wish I'd run into someone like outside MAC. She should have bought makeup worth some five grand, but then she should suddenly realize that she already has all of these in her kitty and has so, generously decided to donate these to me. (Don't ask me why she can't turn around and return that stuff back to the counter. Maybe MAC has a no return policy once you buy, even if not used. Besides it is my fantasy, and as we all know, anything is possible).

Coming back to the point of this post. Yes, Agneepath had PC playing the role of Kalli, a beauty salon owner. She lives in a chawl. And wears two inches of pancake everyday. Where she gets access to all such kraylon makeup is beyond me, when she shown as a person of limited means (Have to be Politically Correct, when writing about PC). Maybe she lies to her customers, tells them she is using Kraylon, when she actually uses Lacto Calamine & Lakme, and instead applies all of that to her face.

So you get it right, I didn't like PC in the movie. She reminded me of Nargis in Rockstar. Totally lost. 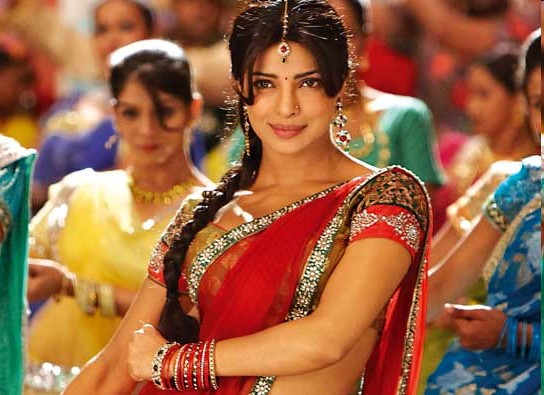 Coming to her makeup. I expected her to do bareface a bit more convincingly. She plays a girl struggling to make ends meet, in a modest chawl. But her foundation was very, very obvious. Thick, matt, layered on. She should look at Katrina (in Ajab Prem.. the library scene, as well as when her step mom is scolding her) for tips on how to do the no-makeup look.

Her eyes are quite well defined in the movie, with a lot of liquid black eyeliner used to define the upper lash line. She also sports a neutral taupe brown eyeshadow only on the lid & bit in the crease to define. A light dusting of blush like MAC Desert Rose (reddish brown) completes the look.

Her lipstick was quite nice. I think it was MAC Brave. It was matt, neutral, browny - red and totally wearable to office, during day time. I think she wore this for most of the movie as a tint and feel this is a good option that girls her coloring can look into. She's also got her lips plumped up like Nargis, btw.

On a side note, I noticed that the men in the movie were wearing quite a bit of makeup. Hrithik looked like he had the full face treatment of bronzer, eyeshadow (a neutral taupy one to create definition around his eyes. A lot of the other stars had kajal around the eyes and in one scene I even felt that Rishi Kapoor was wearing a nude, MAC Hug Me type shade.

Katrina Kaif's face, something is off with it. It just won't move and looks puffy. Her face tends to remain very expressionless as opposed to her dancing which at times is a lot like she's being fast-forwarded. I was very caught up in the tension of that song, between Sanjay Dutt & Hrithik, to notice her makeup.

* My apologies to PC fans. I'm just didn't like her in the movie, am sure she is an awesome, gorgeous person / actress otherwise.


So have you seen the movie? Did you like PC's makeup?
Email Post
Labels: agneepath Brave breakdown desert rose how to Lipstick MAC makeup Priyanka Chopra