The world didn't end, but humanity did...

What is wrong with the men of this nation? What is it that makes them feel so superior to their mother sister, wife or daughter? Why can’t they see a woman as she is supposed to be- a woman. What gives them the right to think they can treat her as a non-living object, meant to be treated worse than plague?

Nirbhaya- that was the name given to the young 23 year old woman by a leading newspaper who finally succumbed to the might of men. That name could not have been more ironical. It’s a joke. She was brave, no doubt, but not without fear. She was conceived not knowing if she would be given birth to. She grew up not knowing if she was going to be educated. She lived not knowing when she would be beheaded by her own brothers for ‘honour’. She lived not knowing when her parents would decide to get her married because surely she has no say in something as trivial as becoming someone’s wife. She did not know if she was going to be burnt for not bringing a car in marriage, or if her husband just enjoyed beating her up after he had a few drinks. She did not know if, as if to complete the vicious cycle, she would abort her own child because it was a girl.

But ‘Nirbhaya’ did not even get a chance to live this wondrous life.


But do not despair, she faced ample opportunities to feel fear. When she was traveling in public transport and someone ‘accidentally’ bumped into her, when she was walking on a crowded street, or when she was in a deserted lane. When she was in a club and was offered a drink, when she wore anything that showed an inch of her skin or when she was just minding her own business, going about life as she thought was normal. But of course she was wrong. How dare she go to office or watch movies with her friends? How could she even think of clubbing or that she could join in the crowd in a public place on New Years eve to celebrate like the rest of the world? She asked for it, everytime, for she was behaving like a ‘loose’, ‘painted’ and ‘immoral’ girl. She asked for it when she was 3 and when she was 68. 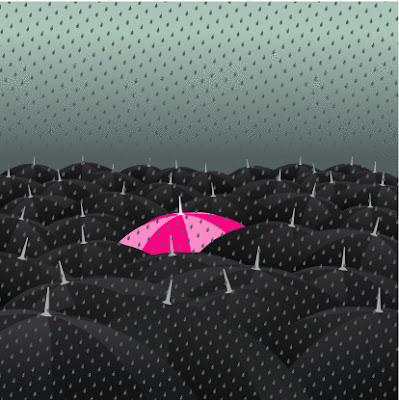 What about the other ladies of the world who have been fortunate enough not to face such brutal violence? They have been compensated, for they have been allowed to study, no matter that her equally educated, men of the so-called next generation, easily dissed her accomplishments. When she got placed, it was because the companies had to maintain a certain gender ratio, no matter that she later went on to beat her male peers and top her stream, or it was because of the way she looked, because surely she can’t simply have the ability to be better. They have been allowed to work, at lesser pay and with even lesser chances of opportunities, while being a topic of watercooler discussions because she wore a lipstick.

When she got promoted, it was because she flirted with the boss, not because maybe, just maybe she has brains. Men lament the special treatment given to ladies, not realizing perhaps that most of the time the treatment is to protect her, from the ever hungry eyes of other men. They have been allowed to survive in this society, while being constantly reminded of that their freedom is limited, because they should not go out too late, they should be accompanied with male friends, because they need protection, from other males. Because she was unfortunate enough to be born a girl. 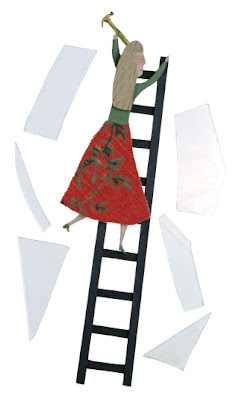 Don’t you understand? Don’t you get it that when you catcall or whistle at a girl its not just harmless fun? That its not fine for you and your friends to loiter around streets, staring and singing ‘chamak challo’ and ‘chikni chameli’ when a woman walks by? That its not ok for you to look the other way when all these things happen because she’s not related to you?

She came into this world scared, and she left it in pain, scarred, humiliated, dishonoured, with broken bones and a shattered soul. But then of course, she deserved it. Because she was a girl. And above all, an Indian. The world didn’t end, but humanity did.