Did you know that the pixie cut Anushka sports in the movie was a wig? 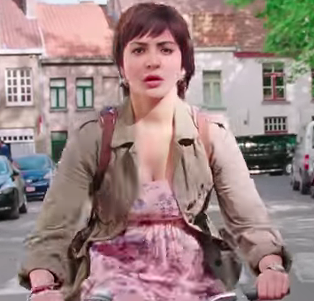 I just found out a while ago and I'm glad it ain't a permanent cut. I'm not fond of pixie cuts. Even Penny sports one on the latest season of Big Bang Theory and it doesn't seem to suit her either. Anushka does make it work though.

More disturbing than the wig on Anushka are her lips.

During the first 30 minutes of the movie there are close-ups of her face on the giant screen. It didn't help that I had third row from the screen tickets - and it is very evident that she's got some plumping done to her lips. They look so odd and out of sorts with the rest of her delicate features. Instead of focusing on the feelings of love / infatuation she was trying to convey through her eyes, all I could focus on were those duck-lips. I didn't like them!

I enjoyed the movie, the first half is pretty good. The second half drags a bit but I liked the message behind the movie so I would definitely recommend it. I loved the initial scenes in Bruges, Brussels - because I was there during the same time as the shooting! I saw all of that set-up with "Bachchan reads Bachchan" and a local gondola sailor did ask me if I was a part of the Bollywood team there for the shoot. I was just so taken in by the beauty of the city that I didn't pay attention to what he was saying and went my own merry way! Not that I regret it one bit.


Bruges is a World Heritage Site - meaning the entire city is protected as a heritage monument. No cars are allowed in the city - you can walk, take a horse carriage or the boat or cycle down to your destination. There has been no new construction there since 18th century. I felt like I had time-travelled to Jane Austen's "Pride & Prejudice". Frankly the movie does not do justice to how beautiful the city really is. If you get the chance it is worth spending a day there. Besides it is dotted with chocolate shops and Belgian chocolate is one of the best in the world! I got my ticket's worth just from the Bruges scenes. (Can you tell I miss Europe? I so do!)

Anyways, coming back to Anushka's look in the movie, her makeup is very reminiscent of the typical English Rose look the Bruges scenes. Light brown eyeliner on top, brown eyeshadow on lower lash line, lots of lashy mascara, oodles of pink blush & rosy pink lip pencils - they kept the texture matt so that it looks natural on screen. I had no idea Anushka was so fair skinned. She doesn't look so fair skinned in her other movies so I felt that maybe a lighter foundation was used for the Europe scenes. Even in terms of clothes I felt that she dressed very Euro-chic with pea-coats, trenches and floral patterned tops. It makes sense as Bruges generally has cold wet weather. 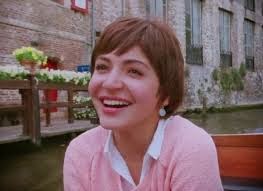 Once the movie moves to India, her look became more focused on the eyes. A reflection of how Indian girls do their makeup. It featured a lot more kajal and mascara, the pink blush was replaced with something a bit more tawny. Even her skin seemed to warm up a bit and not look as pale as earlier. Her lips continued to sport lip pencils but now they were tinged with a bit of deeper pink or wine shades at times. Her lip colors I think were adjusted basis her clothes - sometimes she wore nude lips, and sometimes they were deeper. She also sports very pretty dangly earrings throughout the movie - dragonflies and such!

Her nails were well manicured and she wore very light pink and nudes throughout. No startling reds here! 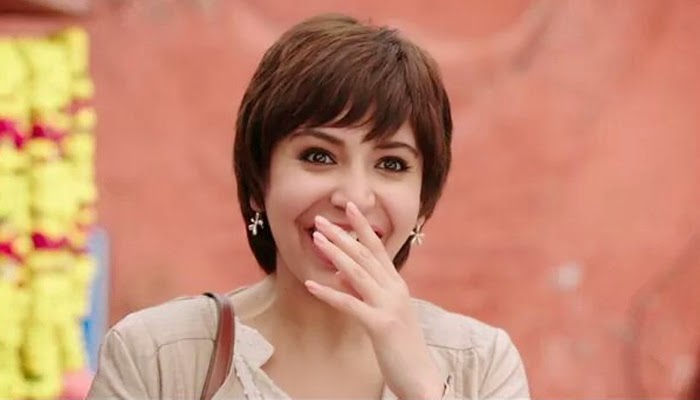 In terms of fashion, Anushka mostly wore BoyFriend Jeans with neutral colored tops and jackets. It is a look that she carries very well thanks to her body structure.

There is also a delightful video anchored by Anushka that explains the process used to finalise her look. You can watch this video below: